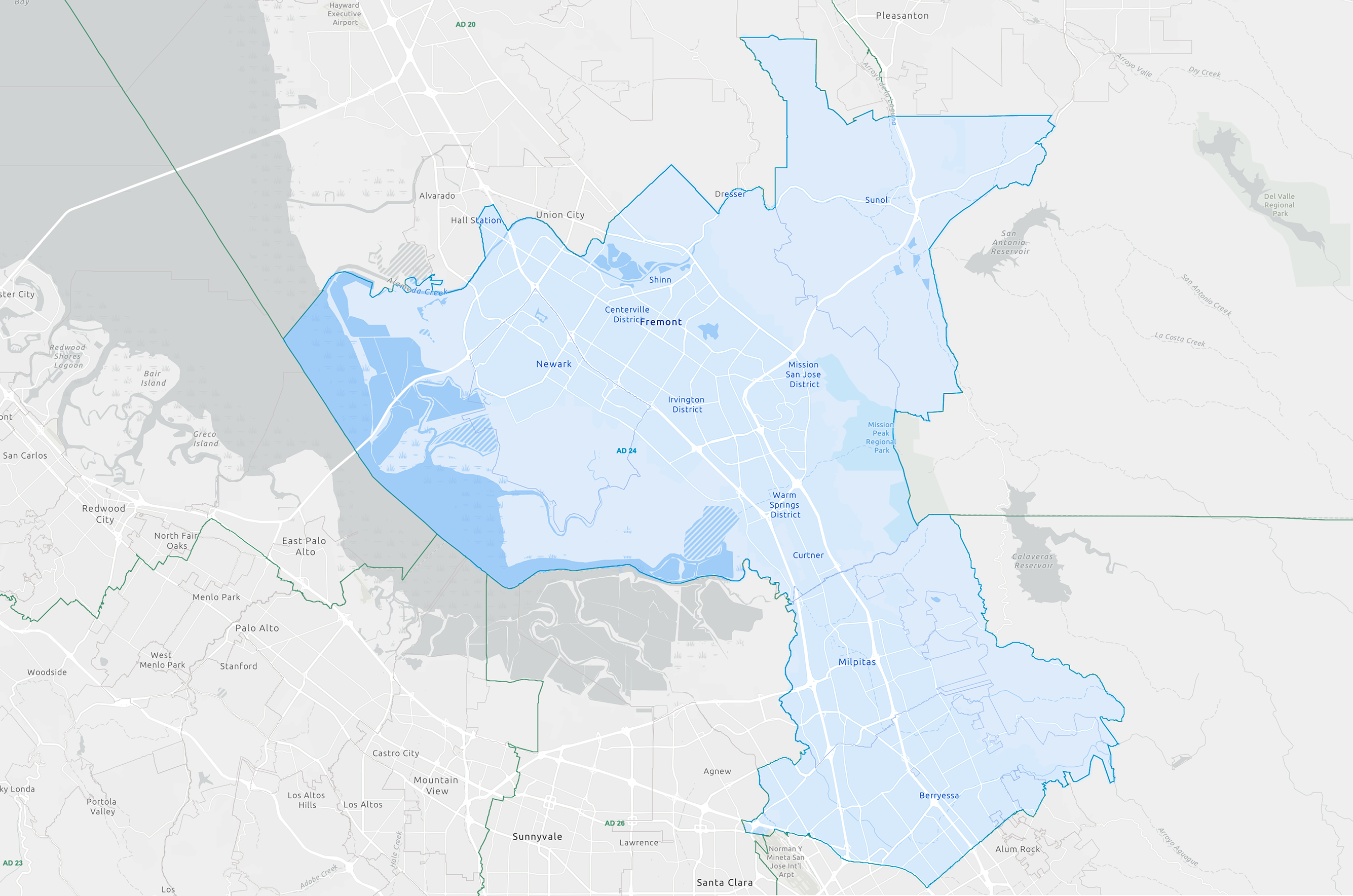 On June 7, 2022, residents of Assembly District 24 including Fremont, Newark, Milpitas, and parts of Northeast San Jose will cast their ballots. The district is currently represented by Assemblymember Alex Lee, who faces new challengers to retain his seat now that the boundaries of his district have been redrawn.

In the upcoming primary election for Assembly District 24, our recommendation is a vote for Alex Lee.

In 2020, Alex Lee had a meteoric rise to the California Assembly, beating out a crowded field of hopefuls to become the youngest Assemblymember in the state. This year, he’s running in a newly redrawn district to keep his spot at the Capitol. Lee entered the legislature with a bold agenda and has proven in just one-and-a-half legislative sessions that he is a reliable vote on some of the toughest-to-pass housing and labor bills. Lee isn’t just supporting others’ bills, he’s also running an agenda of his own, with dozens of bills that push his colleagues to consider policy interventions beyond the status quo solutions.

Lee’s biggest swing in the legislature this year has been around social housing. While definitions vary, social housing developments generally include a mix of market- and below-market rate units that accommodate a wide range of income levels and are heavily subsidized with public funding. They also grant residents democratic control over decisions concerning their living conditions.

Lee’s proposal to advance social housing, AB 2053, would establish a California Housing Authority (CHA), to produce and preserve mixed-income housing. Lee’s plan is for the CHA to construct housing and lease it at no more than 30% of the resident’s income.

While we would like to see Lee refine the proposal to include ongoing public investment in housing stability (the bill currently commits to revenue neutrality—or, that tenant rents will eventually cover CHA development and management costs), we are nevertheless encouraged that Lee is bringing decommodified housing to the fore of California policy debates.

Lee is also sponsoring AB 2050, a bill aimed at closing loopholes in the state’s Ellis Act—a law that allows landlords to evict tenants by “going out of business”. The bill will curb property speculators who purchase buildings and use the Ellis Act to evict long-term rent-controlled tenants and then resell for a higher profit. The reform to the Ellis Act would ensure that this type of eviction cannot be used until after five years of property ownership.

We look forward to Lee continuing to lead on bold solutions in housing, tenants’ rights, social safety net, and workers’ rights. For these reasons, we believe Alex Lee is the best candidate for Assembly District 24.