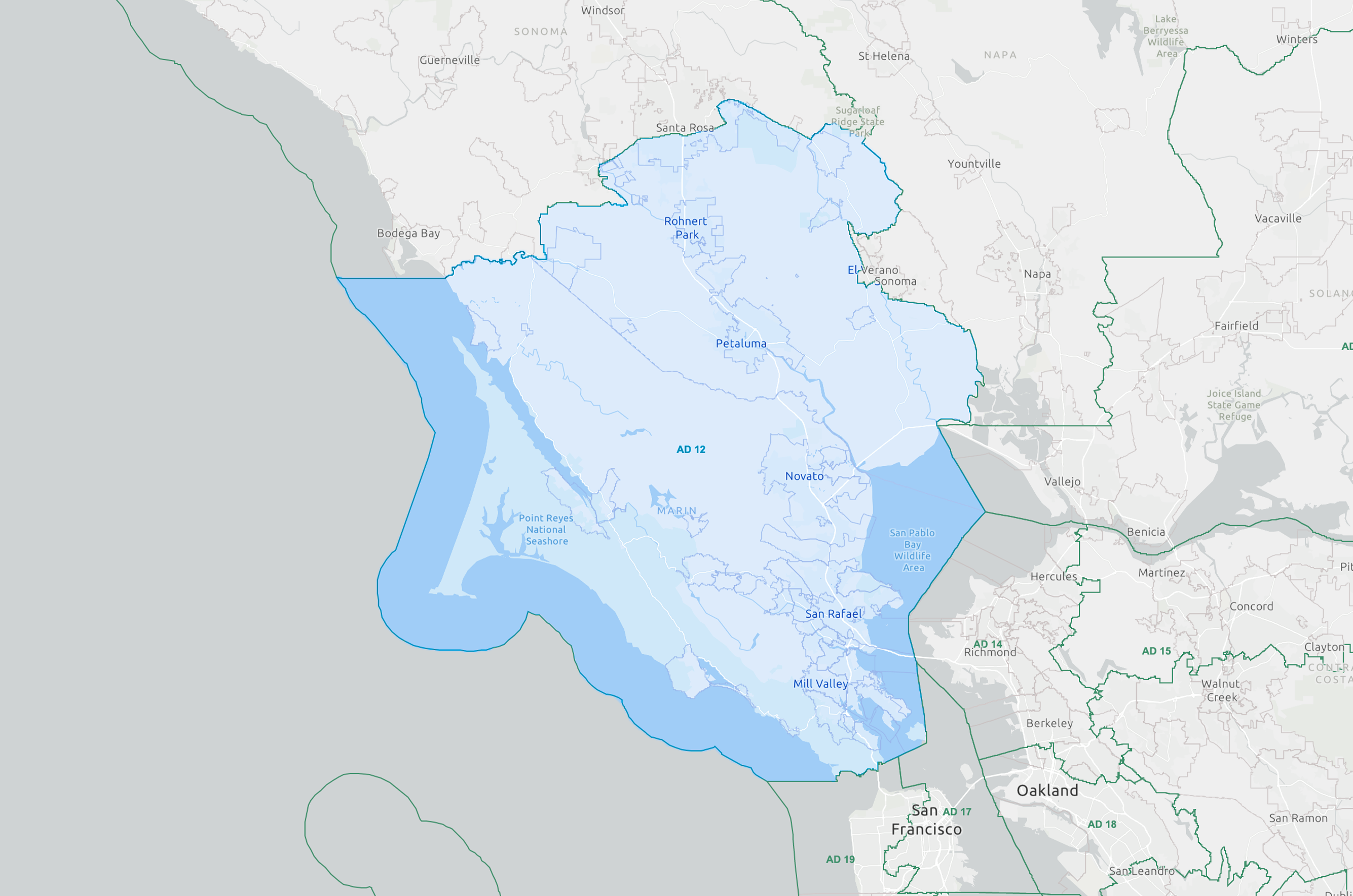 On June 7, 2022 voters in Marin County and southeastern Sonoma County will vote to determine who will represent them in the Assembly now that the seat has been vacated. The district is currently held by Assemblymember Marc Levine, who is leaving the position to run for Insurance Commissioner.

In the upcoming primary election for Assembly District 12, our recommendation is to vote for Sara Aminzadeh.

In a coastal region plagued by drought and rising sea conditions, the imminent threat of wildfire and high tides has driven many of California’s north coast lawmakers to focus on environmental impacts, including Sarah Aminzadeh. As a member of California’s Coastal Commission, she has spoken out in support of legislation that addresses sea-level rise, including SB 1, which was signed into law in 2021 and provides a significant investment of $100 million each year for sea-level rise adaptation. Thousands across the state, including in coastal Marin and Sonoma counties, could lose their homes from the sea level rise and shoreline erosion it creates. Attention to long-term threats to housing like sea-level rise and increased wildfire threat is crucial to preserving existing housing.

Aminzedah also appears to understand how the development of new housing intersects with her environmental priorities. Aminzadeh has stated that as a lawmaker, she would work to address the increasing homelessness crisis, particularly through policies that would incentivize transit-oriented and affordable housing. Transit-oriented development (TOD) is the urban planning practice that prioritizes developing dense housing like apartment towers within walking distance of major transit huba like rapid bus routes or train stations. The TOD theory is that by concentrating the population near transit, we can reduce the carbon footprint created by car commutes to work, which is aligned with Aminzadeh’s environmental platform.

TOD has been a lightning rod in California housing politics over the last several years, Sen. Scott Wiener of San Francisco has introduced several iterations of a bill that would “upzone”—allow the development of taller denser buildings—near transit, and do so “by-right”, overriding local government’s ability to nix developments that meet certain criteria. The most famous version and the one that drew the most controversy over the last several years was SB 50 (2020) which left advocates deeply divided. Aminzadeh fell short of a full-throated endorsement of SB 50-style upzoning, saying that she wants transit-oriented development, but that control over where and how that development is done should remain local.

At TechEquity Action, we view the development of dense housing that preserves open areas and creates a greenbelt by concentrating residents near their workplaces and transit is an important tactic to address housing and environmental issues. There could be strong alignment on this basis, but unfortunately, the candidate stops short of a bold stance on TOD that would force the hand of local governments. Dense development in the urban cores of the district is unpopular with voters who are overwhelmingly homeowners (62%) and who enjoy a median home price of $1.4 million, a value that will only continue to rise with constricted supply and a lack of new development. Given the electorate in Marin and Sonoma counties, who can be staunchly anti-development and exclusionary, it’s understandable that Aminzadeh isn’t pushing the boundaries in her platform; we hope that once elected, Aminzadeh will become an staunch ally in progressive housing policy, both for her disirict and for California at-large.

If elected as Assemblywoman for AD 12, we urge Aminzadeh to take a more aggressive approach to addressing renter protections and housing affordability in California. While we applaud her commitment to the environment, we would like to see her do more to protect vulnerable communities being pushed out of their homes into less expensive rural areas that are more susceptible to wildfires. We hope we have the opportunity to work with Aminzadeh to strengthen her positions in these areas.