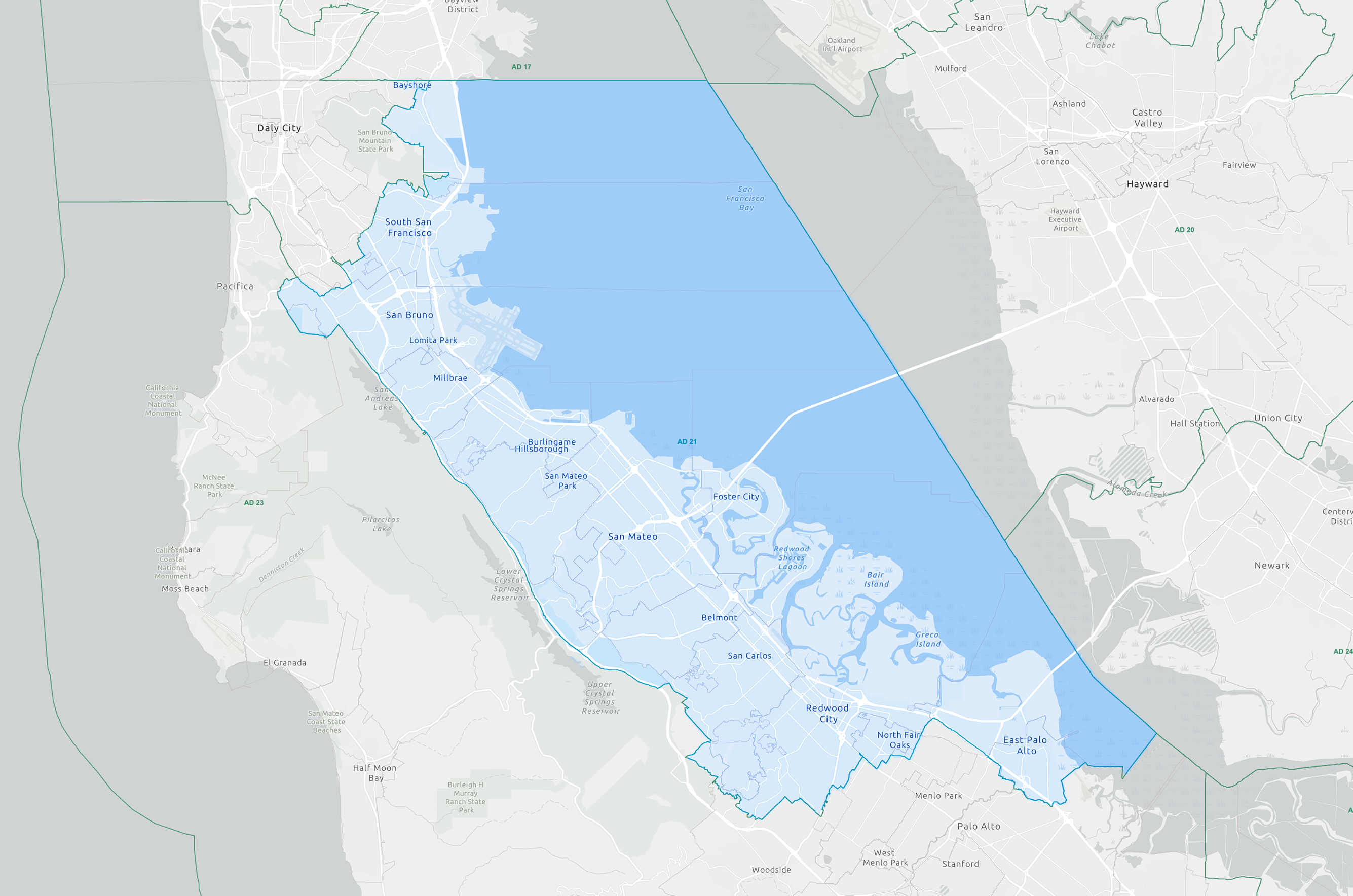 We evaluated the candidate’s experience and positions against our criteria:

In the upcoming primary election for Assembly District 21, our recommendation is to vote for James Coleman.

All three candidates in the race are similarly positioned to increase affordable housing production. Giselle Hale, another front runner in the race, was also strong on some of our core issues, especially housing development, but ultimately Coleman’s platform more comprehensively aligns with our issue areas and values. Where the candidates diverge is on the issues of tenant protections and the social safety net, which were the key issues in determining our recommendation.

District 21 is a suburban bubble sandwiched between the bustling city of San Francisco and the epicenter of tech, Silicon Valley. The region has struggled to provide the homes needed to accommodate the job growth driving up the population in the region. San Mateo County has six times more jobs than homes, creating a lopsided jobs-housing balance that has fueled an affordability crisis. The suburban feel of District 21 has become extremely enticing as the millennials who make up the bulk of the tech workforce are interested in more space, making the housing market extremely competitive there. To address these growing pains and rebalance the region, District 21 will need a strong representative willing to bring forth bold solutions.

James Coleman is a City Councilor in South San Francisco, where he was elected in 2020 as the youngest city councilperson ever in California. As he seeks higher office, Coleman has built a progressive campaign on strengthening the social safety net,  creating a living wage, and developing affordable housing.

Coleman’s housing platform focuses heavily on aggressively pursuing new pathways for affordable housing by providing the funding necessary to build it, and easing the pathway to approving it. He has advocated for a ballot measure that would allow South San Francisco to build or acquire 1% of the city’s housing units. Currently, cities are at the will of the voters when it comes to creating or building affordable housing projects under Article 34 in the California State Constitution, hamstringing local government’s ability to develop affordable housing. The measure Coleman is supporting would circumvent these restrictions, clearing a path for more affordable housing in the city. The Peninsula’s growing economic inequities have made it difficult for individuals and families to secure housing. What little development there is targets high-wage workers, putting it out of reach for most families. Coleman advocates for an approach that reverses the years of disinvestment in public housing by building mixed-income developments that include low-income households. Coleman demonstrates an understanding of the importance of public investment into housing—sometimes called social housing—to ensure we are meeting the needs of all Californians. South San Francisco’s measure will appear on the ballot to allow the city to begin to develop these solutions.

As the only candidate from a working-class background, Coleman is a staunch advocate for workers. He has championed progressive reform that will directly help working families. His first initiative as councilmember included implementing a Guaranteed Income program that provides 160 families in need with $500/month. He also worked to secure hazard pay for essential workers during the pandemic. Additionally, Coleman is working to introduce a measure that aims to provide universal preschool and childcare for children two and a half to five years old. The ballot measure would raise teachers’ wages in South San Francisco. He led the passage of the Hazard Pay Ordinance that gave grocery and drugstore workers an extra $5 an hour at the rise of the pandemic.

We need bold policies to support workers and ensure all families can remain in Silicon Valley without being pushed into poverty or homelessness. Coleman’s track record clearly demonstrates he understands this imperative. For this reason, we believe that Coleman’s approach to housing affordability, advocacy of tenant protections, and commitment to supporting working families will be a true asset to residents of AD 21 and our state Assembly.